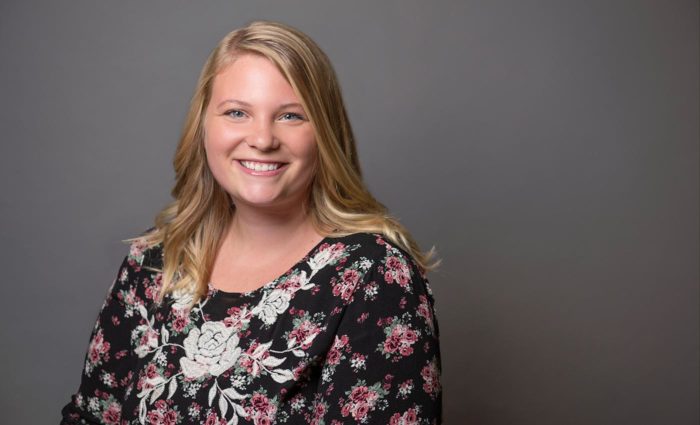 Most people call her Addi, but her full name is Adrienne Allene Roberts. Addi decided to get into the legal field for many reasons, but her respect for justice and helping others were the primary ones. She believes that people deserve to be treated fairly, with respect and empathy. Her mother, a police officer, raised her this way.

Her mother would come home from work, telling story after story, which sparked an interest in Addi’s mind, from a young age, to help those that couldn’t help themselves.

She has a passion for music and singing, and has even auditioned for tv’s The Voice and American Idol. She has an extreme love of animals. She’s also a childhood cancer advocate as she is a childhood cancer survivor herself. She regularly donates and raises money for children’s hospitals, like Riley, and also helps fight domestic violence, after losing a cousin to an abusive relationship. Addi believes every case is different and that’s what makes them interesting. Johnson Jensen is her first step into the legal field and she could not be happier.

Addi graduated from Franklin Central High School and immediately went to Ball State for a year, where she studied journalism. She attended IUPUI for two years, studying business and law, finishing at Ivy Tech with a paralegal degree. While completing her last semester, Addi gave birth to her daughter, Ella Allene. Addi lives in Indianapolis with her family.